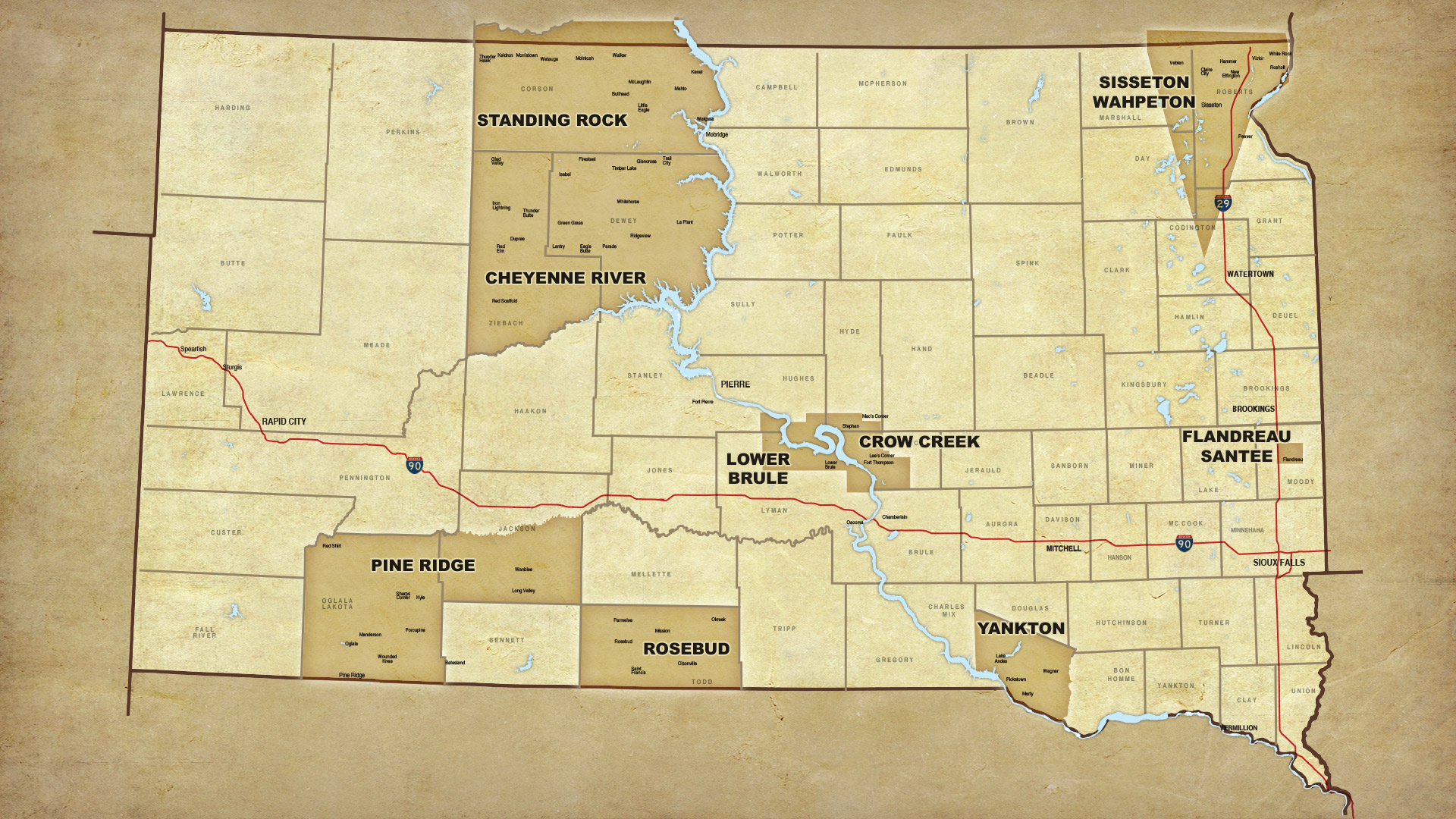 The American Indian people of the Northern Plains call themselves Lakota, Dakota and Nakota, which are the names of the dialects they speak. Their tribal names come from the regions they inhabited or a characteristic of events particular to them.

They call themselves the Očéti Šakówiŋ, the Seven Council Fires, after their alliance for mutual protection.

South Dakota is home to more than 71,000 American Indians – many of whom live on South Dakota’s nine reservations.

Most of the state’s American Indian population are affiliated with tribal bands like Oglala, Sicangu, Santee, Brule, and others commonly known as the Sioux. These proud, honorable people are also recognized, or named, by their band’s dialect – either Dakota, Lakota, or Nakota.

South Dakota’s captivating landscapes play an important role in the lives of the Dakota, Lakota, and Nakota. Each tribe has a unique story that sets them apart from the other Sioux Nations.