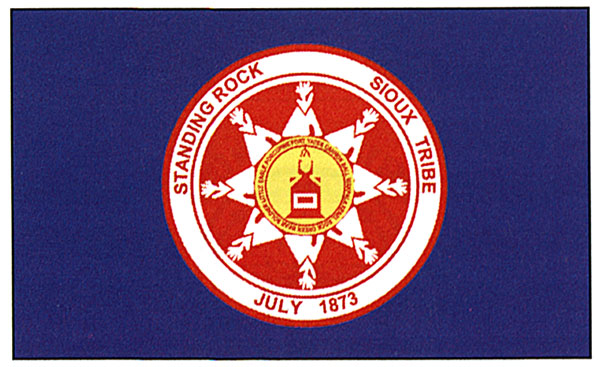 The area is the birthplace of one of the Lakota’s greatest warriors and most respected medicine men, Sitting Bull. Today, visitors can pay homage at his grave overlooking the Missouri River west of Mobridge.

The Standing Rock Sioux Tribe is part of the Great Sioux Nation with the Hunkpapa and Blackfeet bands.

The Act of 1889 broke up the Great Sioux Nation into smaller reservations of which two million acres formed the Standing Rock Reservation: the Yanktonais and Cuthead on the North Dakota side and the Hunkpapas and Blackfeet on the South Dakota side of the reservations.

Sitting Bull objected to the reduction of the land and fought to preserve the Lakota way of life. Major James McLaughlin, Indian Agent for the Standing Rock Reservation, ordered the arrest of Sitting Bull for participating in the Ghost Dance. In the process of the arrest, Sitting Bull was shot by Indian Police on December 15, 1890.

The Great Sioux Nation signed treaties in 1851 and in 1868 with the United States which are binding documents that established Standing Rock’s original boundaries and recognized their rights as a sovereign government. The Tribal government maintains jurisdiction on all reservation lands. The Tribal Council consists of a Chairman, Vice-Chairman, a Secretary and 14 additional Council people that serve a four-year term and are elected by the tribal members.