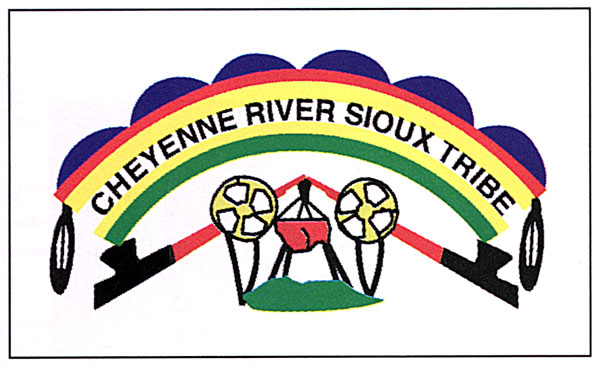 The mighty Missouri River borders the eastern edge of the Cheyenne River Reservation, and the rugged Cheyenne River forms its southern boundaries. The stark, solitary beauty of the prairie is breathtaking. In some places, you can drive for miles with only nature and wildlife as company. Cheyenne River is known for its buffalo herd of more than 900 that roams the plains.

The Lakota (Sioux) acquired horses around 1740 and arrived on what is now the Cheyenne River Reservation in 1775. They depended on the buffalo for food, shelter, and clothing. Buffalo holds great spiritual significance for the Dakota, Lakota, and Nakota people and is treated with the greatest respect.

The Cheyenne River Sioux Reservation was originally a part of the Great Sioux Nation, which was set aside under the Treaty of 1868. The area occupied by the Sioux (Lakota, Dakota, and Nakota) was so great that for better administration the Federal Government deemed it advisable to recognize general divisions of the Sioux people.

The four bands of the Lakota on the Cheyenne River Reservation in 1891 represent Minneconjou, Sans Arc, Blackfeet, and Two Kettle.

Today, the Cheyenne River Reservation is located in the two organized counties of Dewey and Ziebach and is comprised of over 2.8 million acres, similar in size to the state of Connecticut.

The tribal headquarters is located in Eagle Butte, South Dakota, a 15-member Tribal Council plus four executives govern the tribe. Primary and general elections are held every two and four years and coincide with the US National Election cycle.