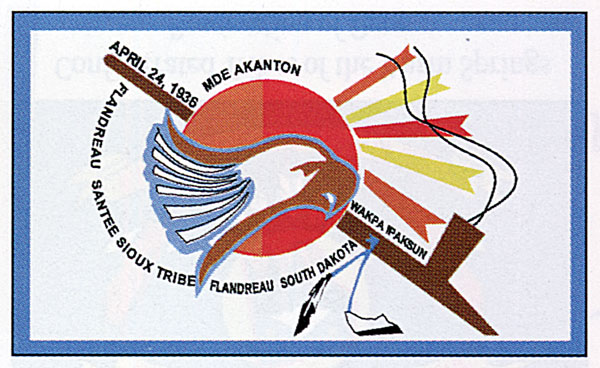 The Flandreau Reservation is located in the southeastern region of the state and borders the State of Minnesota on the east.

The reservation is located in a region of South Dakota known as the Prairie Coteau, consisting primarily of undulating or gently rolling land. The Big Sioux River flows through the center of the area.

The terms of the Fort Laramie Treaty of 1868 allowed the Santee Sioux to homestead if they renounced their tribal membership. Seventy-five families chose this option and homesteaded near Flandreau, South Dakota between 1868 and 1873.

Unlike most Sioux reservations, which hold popular elections, the Flandreau Reservation is governed by a four-member executive committee and four trustees who are elected by the tribal members.

The Isanti Dakota are members of the Great Dakota (Sioux) Nation and refer to themselves as Dakota which means friend or ally.

The Isanti is comprised of four bands that lived on the eastern side of the Great Sioux Nation: Mdewakanton, Wahpetowan, Wahpekute, and Sissetowan.

They were a river-plains people who did some farming as well as buffalo hunting. The Tribe consists mainly of descendants of the Mdewakanton band.

Today, the major employers on the Flandreau Reservation are Tribal administration, Tribal health care, and education, and Tribal Casino operations. In addition to Tribal government and services, the Tribe also operates the Royal River Casino and bingo, motel, gas station/convenience store, and a bowling alley. Other major employment is provided by the Bureau of Indian Affairs and the Flandreau Indian School.