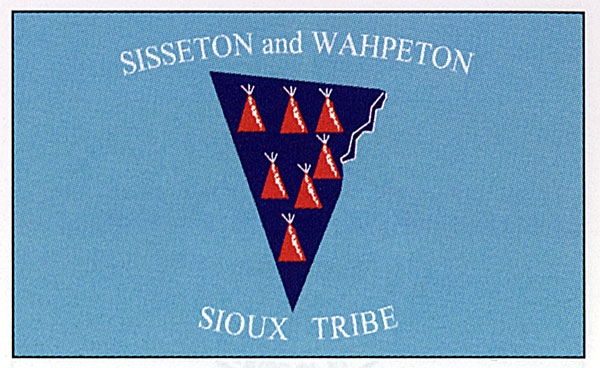 Reservation boundaries extend across three counties, each in North and South Dakota. The reservation consists of rolling hills and covers an area over 400 square miles within six counties. Of this area, one third is owned by the Tribe and two-thirds by tribal members.

Today, the Sisseton-Wahpeton Sioux Tribe operates under a constitution and is governed by a Tribal Council. The Tribal Council consists of a Chairman, Vice-Chairman, Secretary, and seven additional Council members who are elected by the tribal members and serve two-year terms.

The Tribe claims jurisdiction over all right-of-way, waterways, watercourses, and streams running through any part of the reservation under the laws of the United States.

The major economic occupation on the Sisseton-Wahpeton reservation is cattle ranching and farming for a number of Tribal operators.

The Nation also employs a number of people in their plastic bag manufacturing industry. The Tribe operates an irrigated farm, a hunting program for small game, big game and waterfowl. The Tribe also operates the Dakota Sioux Casino and Agency Bingo.