For the Lakota, the circle was the ultimate symbol of kinship. Everybody and everything alive belongs in that circle. Naturally, the típi itself, home, is a circle.

It was the role of women to erect and take down the típi, The Lakota camp itself was arranged in a series of concentric circles. The típi provided shelter and was ideal for the hunter-gather culture on the move. The típi’s entrance east toward the rising sun and it’s back to the west where the sun sets.

The floor of the tipi represents the Uŋčí Makȟá on which we live, the walls represent the sky and the poles are planted on the ground and point to the sky, connecting both worlds.

Sometimes the típis exterior was painted with symbols. 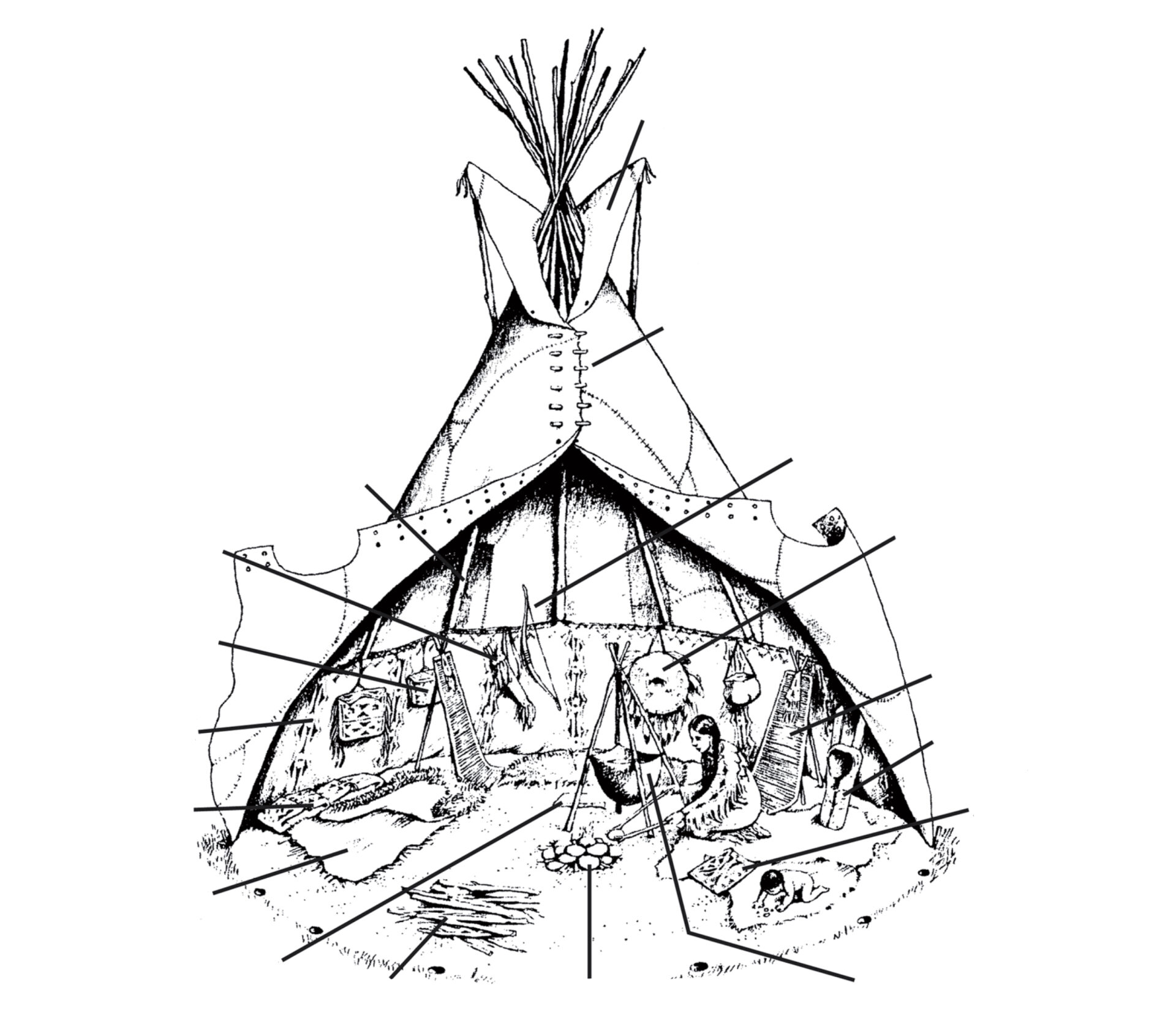