Certain star constellations appeared during each season. From these observations, they determined the equinox and the changes in the seasons. The Lakota identified 13 months in a year because of the 13 new moons; each moon has 28 days from one new moon to the next.

Though calendar types vary from one American Indian tribe to the next, nearly all tribal calendars begin in the spring. To Native people, spring symbolizes the start of a new year through the birth of new plant and animal life.

Some months in the American Indian calendar have multiple names for moons. This could be because different tribes named moons differently; there are different translations of the same name or the overlapping of more than one moon in the same calendar month.

The Lakota (Sioux) observed the changes occurring with each new moon. Each moon was identified in descriptive terms by the occurrences of that month. The name of the moon was never permanently set due to new moons gradually moving to a different time each winter. This explains why you might see alternate names for each moon.

Lakota moons did not follow today’s 12-month calendar. Instead, the moons followed each season. Spring, summer, and fall each had three moons, while winter had four. 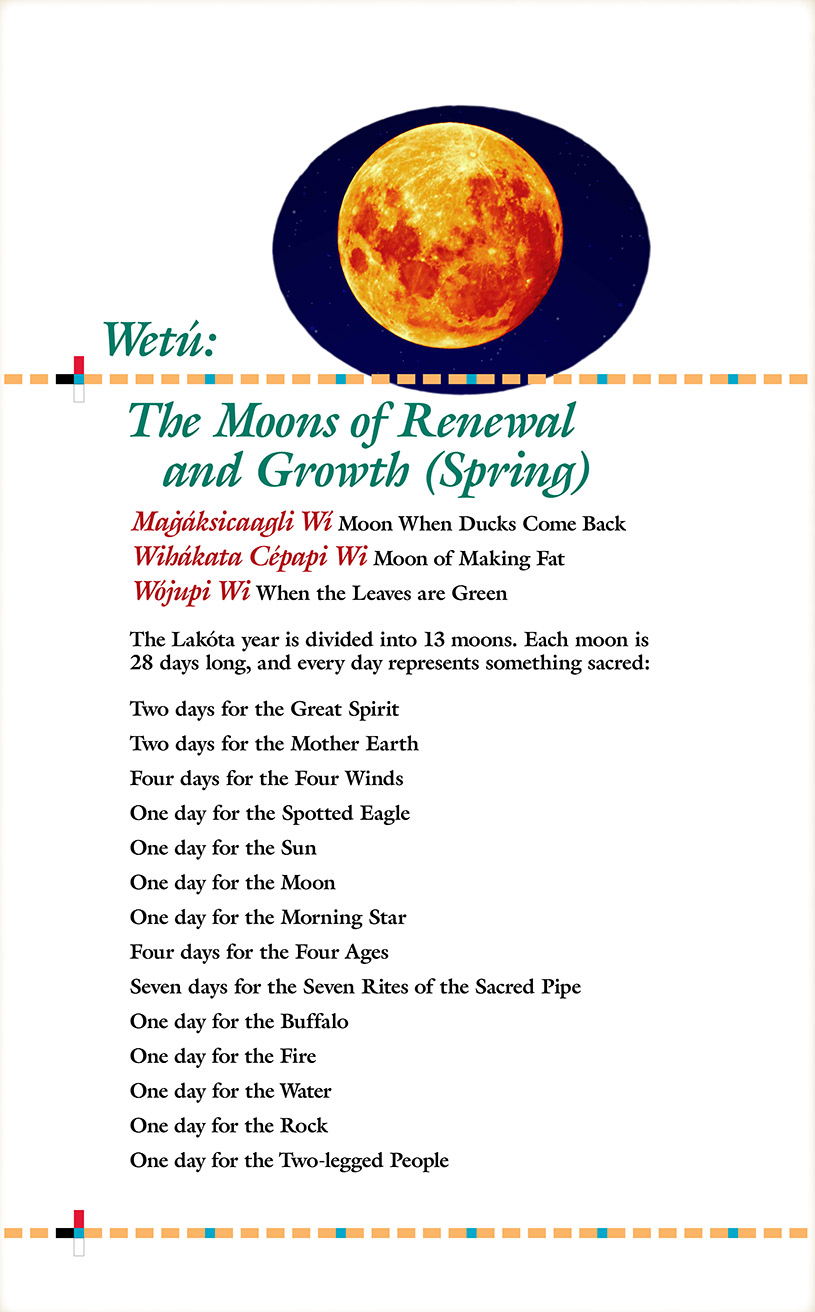 Wetú — Spring
The Moons of Renewal and Growth

Each spring, the tribal camp began moving to higher ground in anticipation of the snowmelt. The men spent their time fixing and creating weapons and resumed their hunting duties. The women spent their time gathering early berries and roots. Spring was also the time for women to repair the tipis. The children enjoyed the outdoors after being confined throughout the winter. 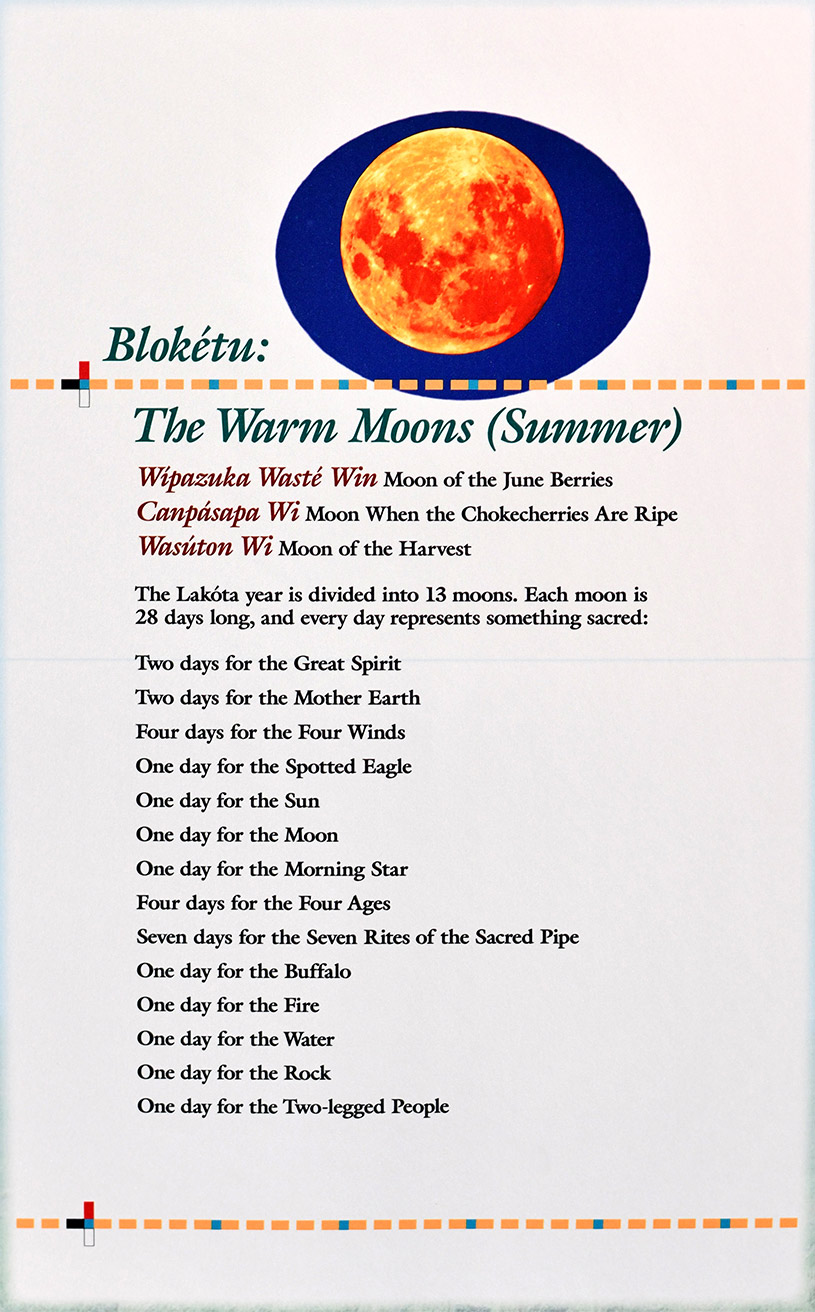 Throughout the summer, the camp moved often to follow the migrating buffalo. Packing, transporting and unpacking the family’s belongings was the responsibility of the women. They were also busy with preparing food, making, and setting up of the tipis. The girls received instruction in quillwork and helped prepare food by gathering firewood and water. Boys began honing their hunting skills while hunting small game. The men spent their time making weapons, hunting for wild game, and defending the camp. The summer months were also the time for ceremonies and celebrations. 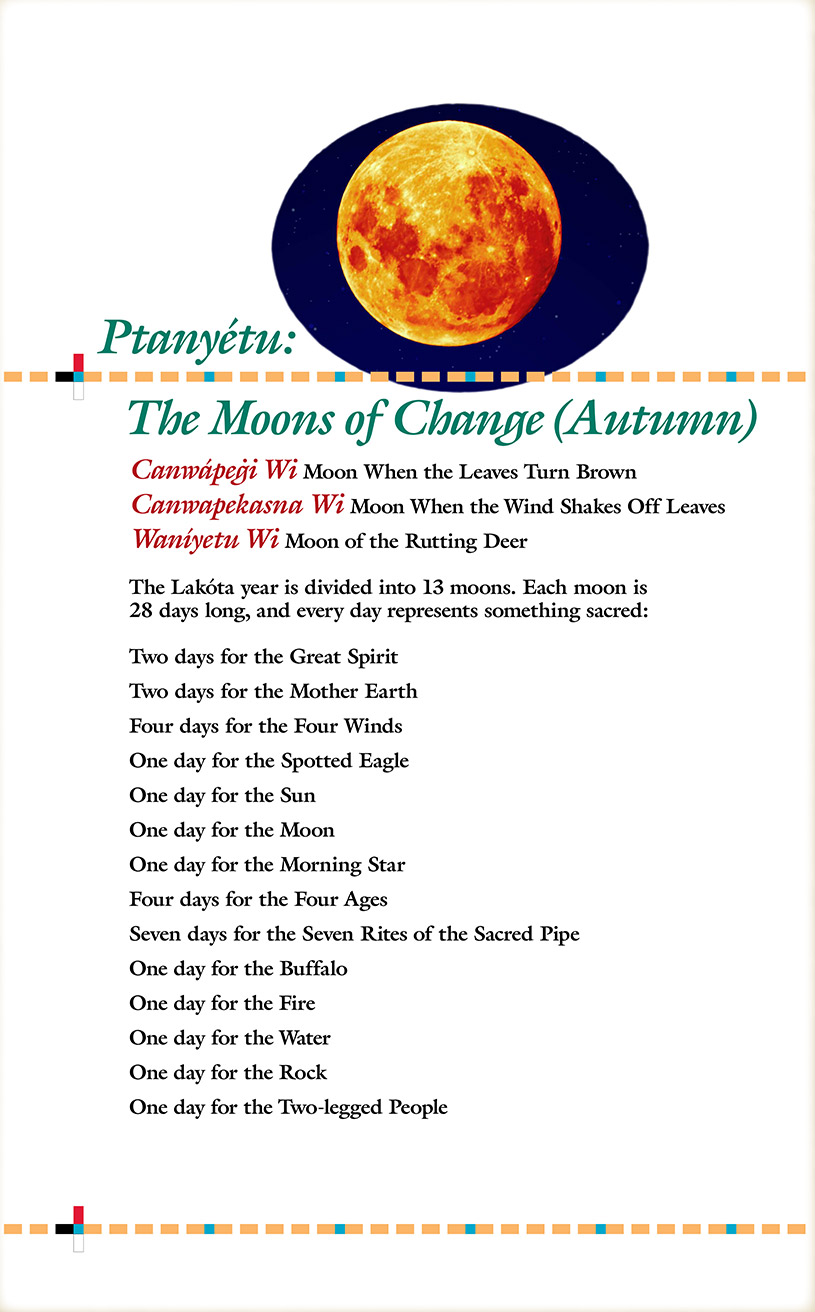 Ptaŋyétu — Autumn
The Moons of Change

In preparation for the cold winter months, the women took time to prepare buffalo meat that the men hunted. Large quantities of firewood were gathered and stored. Before winter arrived, enough dried meat and fruit were collected to fill multiple underground storage caches. 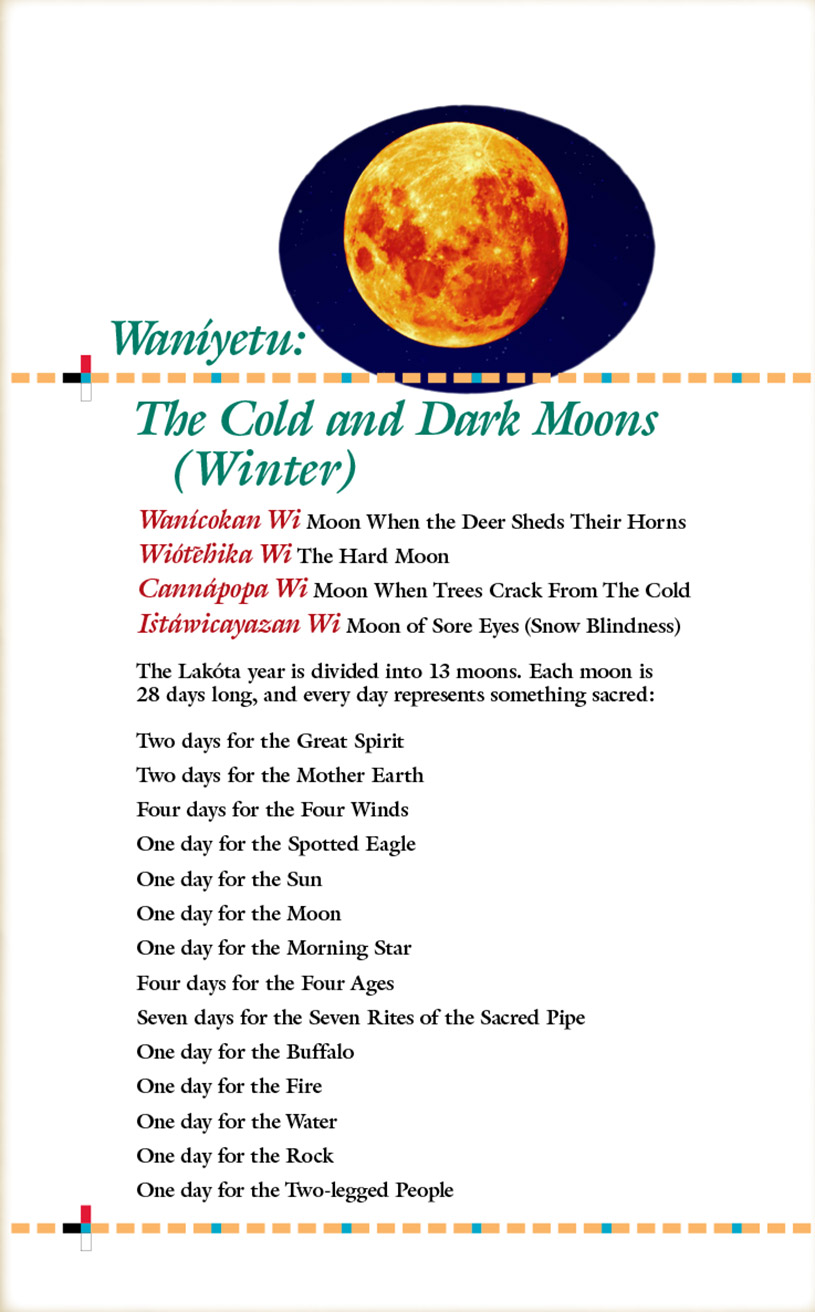 Due to the frigid cold, the coming of winter signified the beginning of a quieter time. The camp stayed at a single location throughout the winter months. Women spent their time making and mending clothing. Men took part in raiding parties to ensure their camp’s strength and safety. The children gathered around the warmth of the fire to listen to the stories of their elders, preserving history for another generation. Winter was also a time for family, games, dancing, and visiting one another.