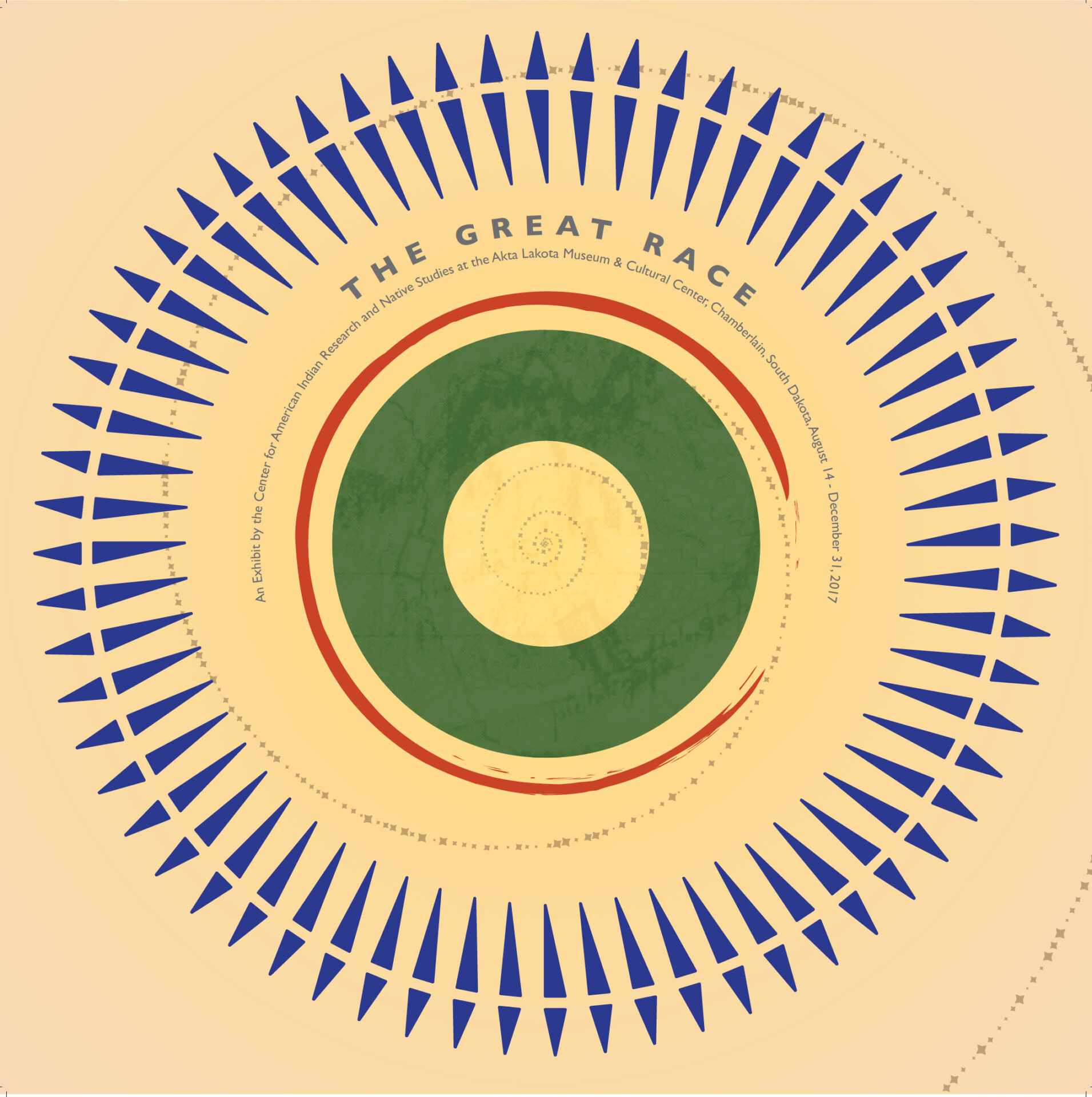 According to Lakota legend, long ago there was a great race between the four-leggeds and the two-leggeds.  The purpose was to determine which of the two groups of contestants would have precedence over the other.  One unintended consequence of the race was the Black Hills were caused to come into being.  The Great Race focuses on the short narrative of the race by James LaPointe (Oglala Lakota) that is in his 1976 book, Legends of the Lakota.  The exhibit divides the 1,218-word narrative into eight passages.

This educational exhibit is developed and curated by Craig Howe, Director of the Center for American Indian Research and Native Studies (CAIRNS).