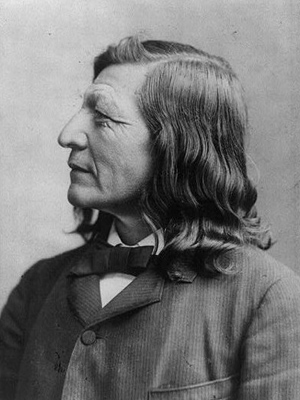 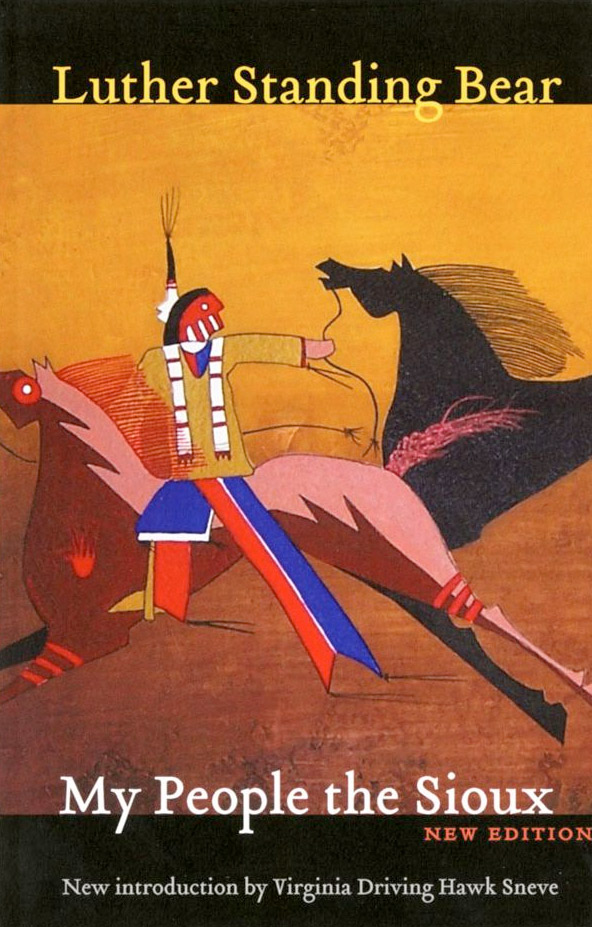 Luther Standing Bear was born in 1868 on the Pine Ridge Reservation to an Oglala Lakota family. His family named him Óta Kté – Plenty Kill, but he later took his father’s first name, Matȟó Nážiŋ – Standing Bear as his surname.

Raised traditionally at the age of 11, he was sent to Carlisle Indian Industrial School, a federal boarding school for American Indian children in Pennsylvania, and became a member of the school’s first graduating class.

After graduating from Carlisle, Standing Bear opened a dry goods store on the Pine Ridge Reservation in South Dakota, where he organized public meetings to discuss treaties and current events. In 1902, he joined Buffalo Bill’s Wild West Show as an interpreter, chaperon, and performer with his wife.

Standing Bear was one of a small group of Lakota leaders of his generation who was born and raised in the oral traditions of their culture, educated in the Euro-American culture, and wrote significant historical accounts in English of their people and history.

Standing Bear’s discussions of his early life, years at the Carlisle Indian Industrial School, Wild Westing with Buffalo Bill, and life on government reservations presented an American Indian viewpoint during the Progressive Era in American history.

After returning to Pine Ridge, Standing Bear was chosen as leader of his tribe. Because of his fame as a performer with the Wild West Show, he was recruited by motion picture companies to act in films in 1912. Relocating to California, Standing Bear served as a consultant to the director Thomas Ince and starred in early Western films such as White Oak (Artcraft, 1921), Cyclone of the Saddle (Weiss/Superior, 1935), and Union Pacific (Paramount, 1939).

Standing Bear published several books during his lifetime to educate the public about Lakota culture and government policies toward his people. Standing Bear’s first book, My People, the Sioux (1928), primarily highlights his youth, Carlisle years, the Ghost Dance, and Wild West Show experiences.

My Indian Boyhood (1931), written for an adolescent audience, is also autobiographical. Perhaps his most important book, Land of the Spotted Eagle (1933), is an ethnographic description of traditional Sioux life and customs, criticizing whites’ efforts to “makeover” the Indian into the likeness of the white race. Standing Bear also collected versions of his tribe’s tales and legends, publishing them in Stories of the Sioux (1934).

Standing Bear died in 1939 while working on the set of Union Pacific during a flu epidemic and is buried in Los Angeles, California.