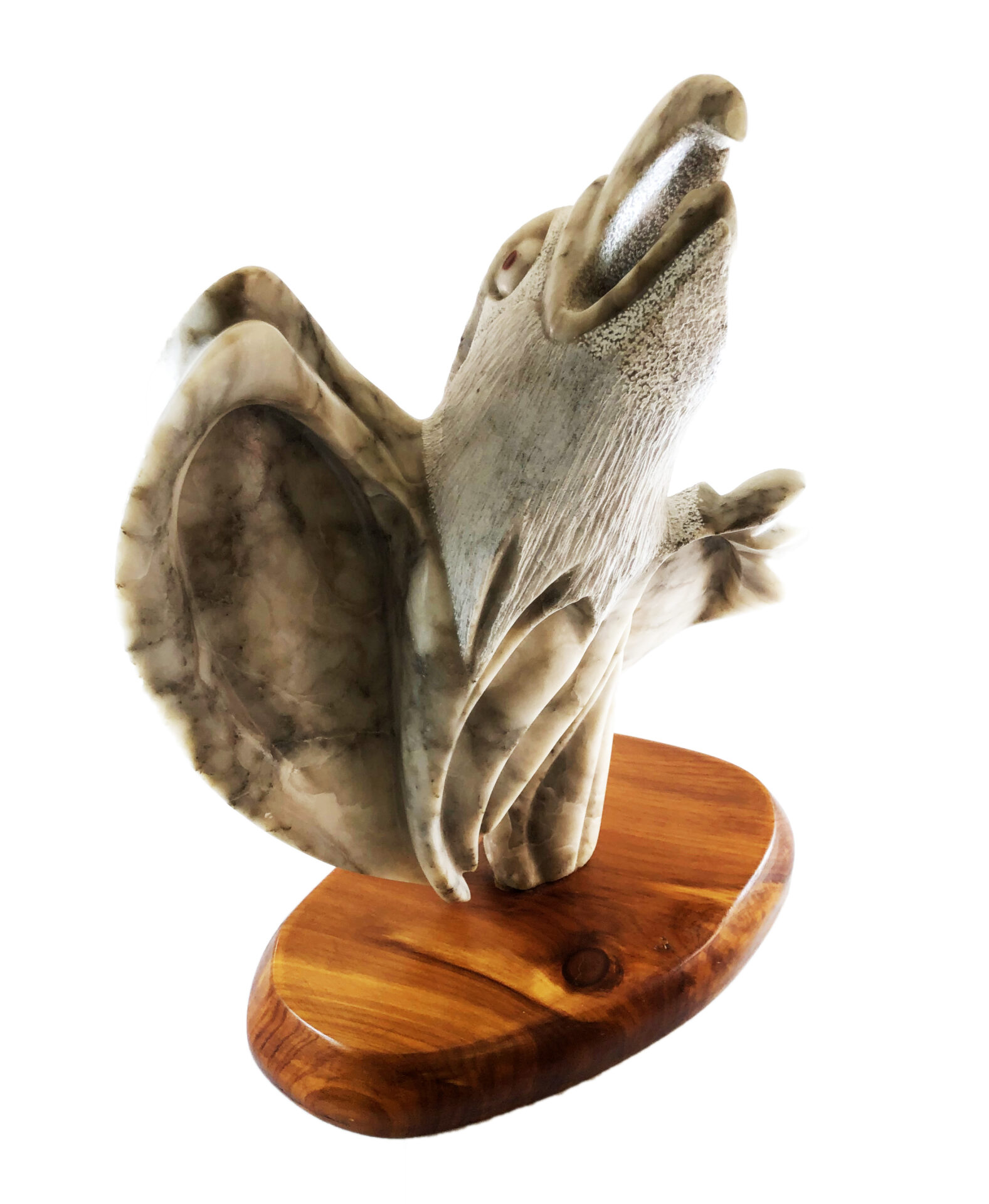 Decoteau, of Chippewa descent, was born in Belcourt, North Dakota, on the Turtle Mountain Chippewa Reservation.

During his “wonder years,” Decoteau attended St. Joseph’s Indian School in Chamberlain, South Dakota. Later, he graduated from Turtle Mountain High School in his hometown. While attending college at the University of North Dakota in Grand Forks, an accident changed Decoteau’s path forever.

Decoteau was enrolled in law enforcement classes with designs on becoming a police officer. One day, his car battery exploded. He lost sight in one of his eyes. This accident automatically disqualified him from becoming a law officer.

After some soul-searching, he rearranged his priorities. He switched his major to visual arts in 1986. In 1987, he ventured to Santa Fe, New Mexico where he studied as an apprentice to professional stone artisans. He jokingly states he did the “dirty work” for them. In turn, he learned a lot about the basic techniques of sculpture.

Today, Decoteau is producing award-winning “blockbusters.” In his work, he intellectually expresses world-class influences of cubism, abstraction, and impressionism to a high degree of sophistication. His creations are a cosmic blend of mastery for multi-configuration stone carving and Chippewa mythology. Like a playwright with a chisel, the bear, the buffalo, the horse, and the turtle play center stage in his sculpted legends accompanied by human participants in the sweeping dramatic script executed in stone.

With his brother, Alfred, who is also an accomplished sculptor, their work collectively and distinctly has been coined “Northern Plains Style.” Alabaster is their medium of choice.

Decoteau’s character and well-deserved credits speak for themselves. The fateful explosion in 1986 sent his life and his career in a profoundly new direction. His story alone serves as a source of inspiration.

The artist and his family reside in Dunseith, North Dakota.