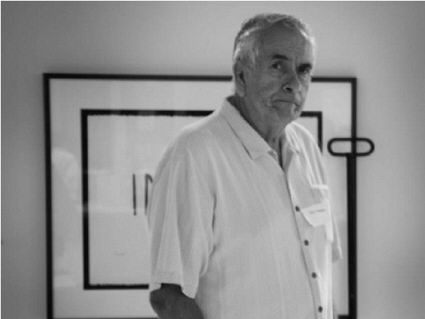 Robert Freeman was born on the Rincon Reservation of the Luiseno Indians in San Diego County, California in 1939.  His father was Luiseno and English. His mother was of English, French, and Sioux descent. His mother was a direct descendant of Bone Necklace, leader of the Santee.

Freeman’s childhood summers were spent with his grandmother and cousins on the Crow Creek Reservation in South Dakota, where he was an enrolled member.

He attended grade school and high school in Escondido, California. When he was 18, he enlisted in the Army and served three years in South Korea before receiving an honorable discharge.  After his discharge from the Army, he held many jobs to support himself but always loved sketching and creating sculptures. Freeman established a following for his drawings and woodcarvings with his natural, self-taught ability and became a full-time artist in 1967.

His murals are on the walls of the Los Angeles County Library in San Gabriel, CA, and at the Perris Indian Museum, Perris, CA.

Robert passed away peacefully on February 9, 2019, in La Jolla, CA, surrounded by his family and loved ones.

His artwork is in several private and public collections, including the Atká Lakota Museum at St. Joseph’s Indian School.