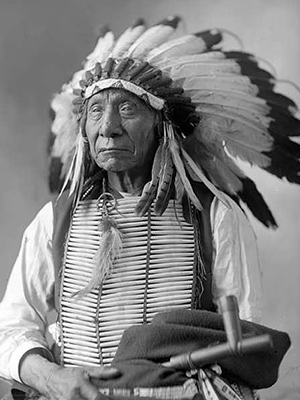 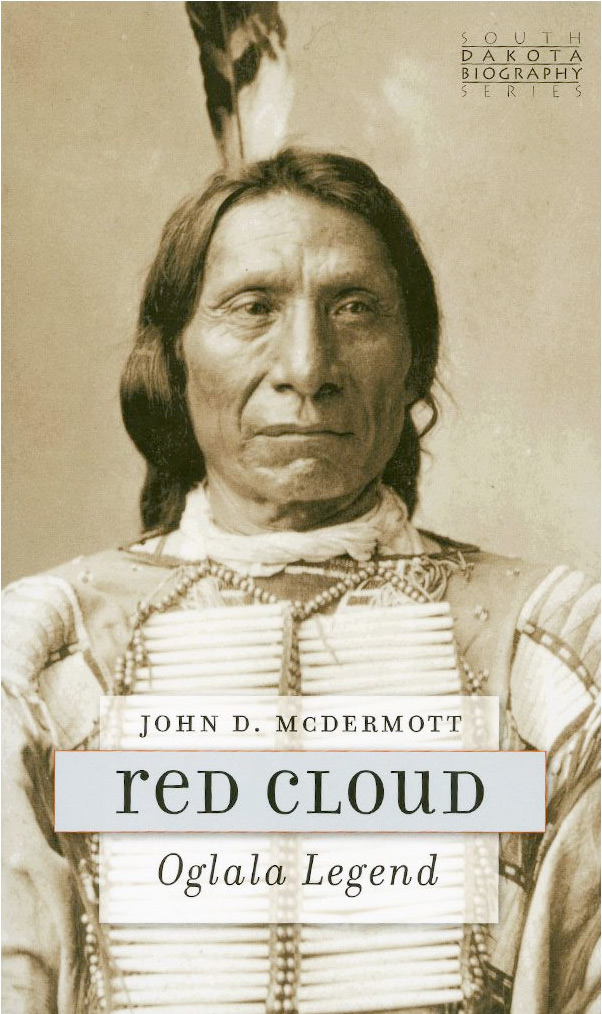 Red Cloud, Maȟpíya Lúta was an Oglala Lakota leader best known for his undaunted courage while leading his people in several important victories over the forces of the United States.

He was born in Nebraska in September 1822 near the Platte River. He had a twin brother, Roaring Cloud, also known as “Sky.” Sadly, almost nothing is known about this man.

Red Cloud’s intelligence, strength, and bravery were widely known throughout the tribe. He was credited with 80 coups or individual feats of bravery. Eventually, he was chosen as tribal leader over the hereditary claimant, Young Man Afraid of His Horses.

The Oglala were the largest division of the Sioux Nation, and Red Cloud became perhaps the most important field commander among the Sioux and Cheyenne. He was strongly opposed to the westward expansion of the whites and believed it was his mission to defend the Indians’ last and best hunting grounds.

In an attempt to come to an agreement with the United States government, Red Cloud attended a peace conference at Fort Laramie, WY, in 1866. It became apparent the United States intended to bring in more troops and expand their system of fortifications, so Red Cloud took defensive action.

In December of that year, during Red Cloud’s campaign, Captain William Fetterman foolishly pursued a band of Indians with a detachment of 80 soldiers. They were ambushed. He and his troops were annihilated.

During this time, Red Cloud and his warriors virtually closed down the Bozeman Trail and other overland routes from Fort Laramie in the east to the Montana goldfields in the northwest. Throughout 1867, not a single wagon moved along the trail to the goldfields.

Finally, in 1868, the United States requested another peace council. In return for Red Cloud’s pledge to live in peace, the government promised to abandon all forts along the trail and accept the territorial claims of the Sioux. Red Cloud waited until the troops were withdrawn. When the forts were left unoccupied, he signed the treaty at Fort Laramie on November 6, 1868. This event is cited as one of the few times when Indian military power forced the United States to carry out a peace treaty completely.

Although Red Cloud was critical of white expansion, he counseled peace during the troubles of 1876 when Crazy Horse, Gall, and Sitting Bull gathered their armies for battle.

Five years later, Red Cloud was again on the offensive – this time demanding the removal of Indian Agent V. T. McGillicuddy. Times had changed, however, and the white man won. Red Cloud was removed as leader, and not long afterward, the tribe was removed to the Pine Ridge Reservation. He lived with his wife, blind and ailing, until his death on December 10, 1909.