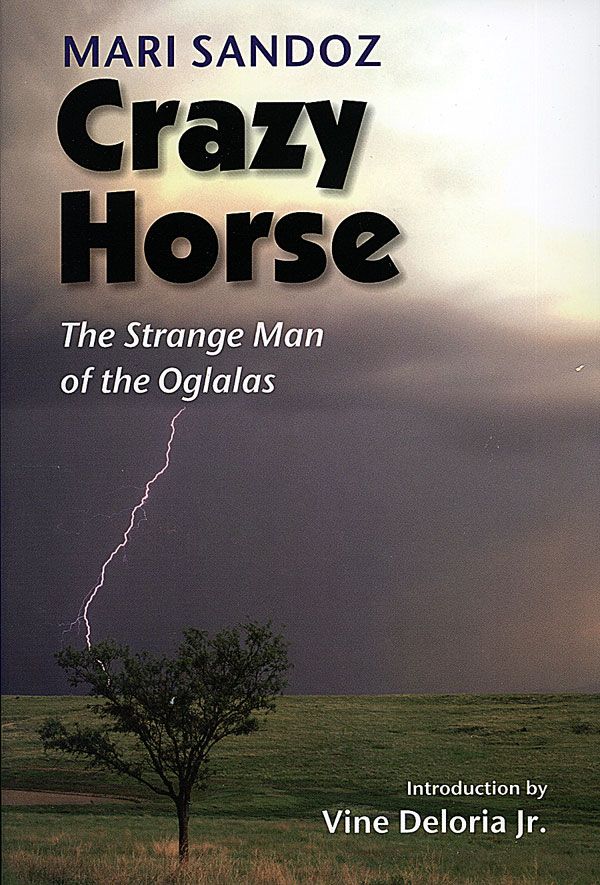 Tašhúŋka Witkó was a respected member of the Oglala Sioux tribe. Noted for his courage in battle, his people recognized him as a great leader committed to preserving the traditions and values of the Lakota way of life and for leading his people into a war against the takeover of their lands by the federal government.

Crazy Horse’s exact birth date is not determined. He Dog, one of his former warriors, said during an interview on July 7, 1930, “I and Crazy Horse were both born in the same year and at the same season of the year … I am now 92 years old.” That would mean that Crazy Horse was born about 1838. Encouraging Bear, a spiritual adviser to Crazy Horse, reported that Crazy Horse was born in the fall “in the year in which the band to which he belonged, the Oglala, stole 100 horses.” According to winter counts kept by Cloud Shield and White Bull, that year was 1840.

The location of Crazy Horse’s birth is also debatable. A September 14, 1877, article in the New York Sun reporting Crazy Horse’s death gave his birthplace as the South Cheyenne River. All other sources point to Bear Butte outside Sturgis, South Dakota.

Even as a young man, Crazy Horse was a legendary warrior. He stole horses from the Crow Indians before he was thirteen and led his first war party before turning twenty. Crazy Horse fought in the 1865-68 war led by the Oglala chief Red Cloud against American settlers in Wyoming and played a crucial role in destroying William J. Fetterman’s brigade at Fort Phil Kearny in 1867.

Crazy Horse earned his reputation among the Lakota not only by his skill and daring in battle but also by his fierce determination to preserve his people’s traditional way of life. He refused, for example, to allow any photographs to be taken of him. And he fought to prevent American encroachment on Lakota lands following the Fort Laramie Treaty of 1868, helping to attack a surveying party sent into the Black Hills by General George Armstrong Custer in 1873.

When the War Department ordered all Lakota bands onto their reservations in 1876, Crazy Horse became a resistance leader. Closely allied to the Cheyenne through his first marriage to a Cheyenne woman, he gathered a force of 1,200 Oglala and Cheyenne at his village and turned back General George Crook on June 17, 1876, as Crook tried to advance up Rosebud Creek toward Sitting Bull’s encampment on the Little Bighorn. After this victory, Crazy Horse joined forces with Sitting Bull. On June 25 led his band in the counterattack that destroyed Custer’s Seventh Cavalry, flanking the Americans from the north and west as Húŋkpapa warriors led by chief Gall charged from the south and east.

Following the Lakota victory at the Little Bighorn, Sitting Bull and Gall retreated to Canada. Still, Crazy Horse remained to battle General Nelson Miles as he pursued the Lakota and their allies relentlessly throughout the winter of 1876-77. This constant military harassment and the decline of the buffalo population eventually forced Crazy Horse to surrender on May 6, 1877; except for Gall and Sitting Bull, he was the last important leader to yield.

Even in defeat, Crazy Horse remained an independent spirit. In September 1877, when he left the reservation without authorization to take his sick wife to her parents, General George Crook ordered him arrested, fearing that he was plotting a return to battle. Crazy Horse did not resist arrest at first. When he realized that he was being led to a guardhouse, he began to struggle, and while one of the arresting officers held his arms, a soldier ran him through with a bayonet.