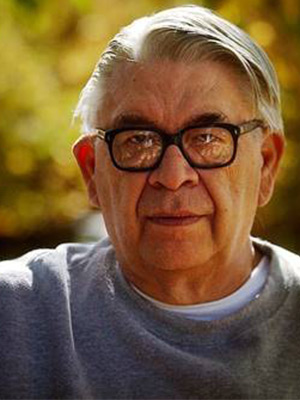 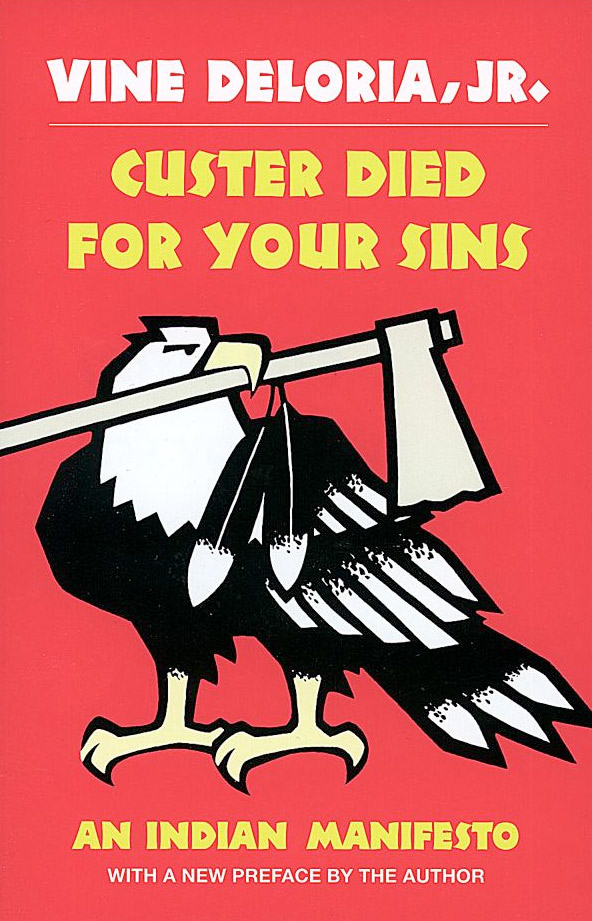 Vine Deloria, Jr., was born in Martin, South Dakota where his father severed as a missionary priest of the Episcopal Church.  He attended grade school in Martin and graduated High School at St. James Academy in Faribault, Minnesota.  He served in the Marine Corps from 1954 to 1956, and then attended Iowa State University where he received his BA degree in 1958.

In his youth, he had considered following his father in the ministry, but exposure to his father’s frustrations convinced him that church life did not have the bearing on Indian life that he wanted his career to have. Before he gave up the idea entirely, however, he earned a BD in theology at Augustana Lutheran Seminary, Rock Island, Illinois, in 1963. The following year he was hired by the United Scholarship Service in Denver to develop a program to get scholarships for American Indian students in eastern preparatory schools. He successfully placed a number of Indian students in eastern schools through the program.

He served as the executive director of the National Congress of American Indians (NCAI) in Washington, DC, from 1964 to 1967, an experience he claimed was more educational than anything he had experienced in his previous thirty years. He was expected to solve problems presented by Indian tribes from all over the country but found that unscrupulous individuals made the task impossible. He was frustrated by the feeling that the interests of tribes were often played against one other.

In 1969, he published the first of more than 20 books, Custer Died for Your Sins: An Indian Manifesto. This book became one of Deloria’s most famous works. In it, Deloria addressed Indian stereotypes and challenged white audiences to take a new look at the history of American western expansion. From then on, through his books and his teaching, he remained at the forefront of those demanding that the US governments live up to treaty responsibilities while American Indians be allowed to develop along their own lines.

Deloria returned to college in 1970 and earned a law degree from the University of Colorado.  Throughout his career, his goal in life was to support tribes through affiliation with various advocacy organizations and to educate American Indians on aspects of the law through teachings and writings, stressing the historical and political aspects of the relationships of Indians to other people. His role as an activist in the efforts of American Indians to achieve self-government focused on change through education rather than through violence.

In 1999, he received the Wordcraft Circle Writer of the Year Award in the category of prose and personal/critical essays for his work Spirit and Reason. He was honorably mentioned on October 12, 2002, at the 2002 National Book Festival.  Deloria also received the Wallace Stegner Award from the Center of the American West in Boulder on October 23, 2002, and was the winner of the 2003 American Indian Festival of Words Author Award.

After Deloria retired in May of 2000, he continued to write and lecture until his death in November 2005.